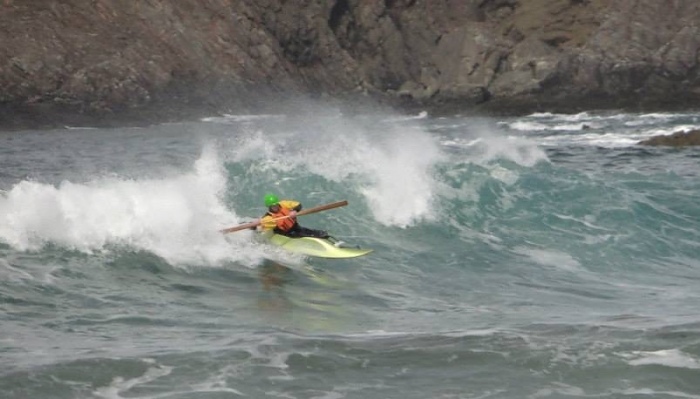 Pete Sawford from Fetlar has qualified for the Surf Kayak World Championships to be held this year in Spain during late June and early July. He has also been selected to compete with the Scottish team in up to three classes although he is unlikely to compete in all three.

To qualify Pete has had to travel regularly out of Shetland to compete in qualifying events and it is great that all his hard work and sacrifice has paid off.

We all wish Pete great success and will be following the championships with interest.

Pete said “ I am delighted to have qualified for the championships and am proud to have been chosen to represent Scotland in the team event.”

Attending the Championships is a substantial financial commitment. He would like to thank Northlink for their support with travel costs to Aberdeen but he would be grateful if anyone else was interested in supporting his campaign. Advertising opportunities are available on his Kayak.

There will be a "pie night" at Fetlar hall on Saturday 6th June as a fundraiser.

A link to the World Championship website can be found here